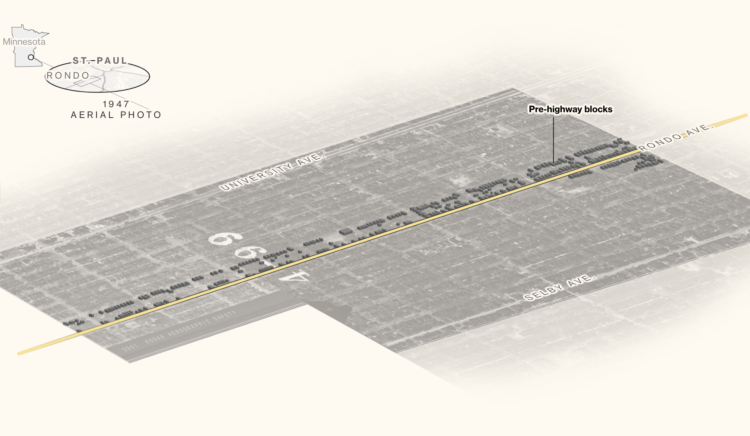 By the 1960s, the neighborhood’s business core was gone, replaced by newly constructed Interstate 94. Homes that had been a short walk to the shops now overlooked a six-lane highway shuttling commuters between the Twin Cities of Minneapolis and St. Paul. Homes and businesses were seized and destroyed under eminent domain. The neighborhood was split in two.