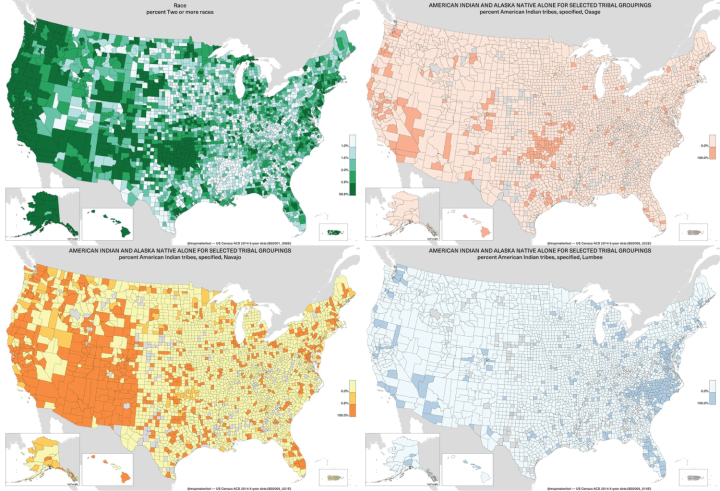 The American Community Survey is an ongoing survey run by the United States Census Bureau that collects data about who we are. The map maker bot by Neil Freeman is a Twitter bot that automatically generates county-level maps based on this ACS data. It’s been running for the past month, making one map per hour, so there are already lots of demographic breakdowns to browse.

Pretty awesome. The implementation gets extra plus points for making the maps straight out of a government pamphlet.