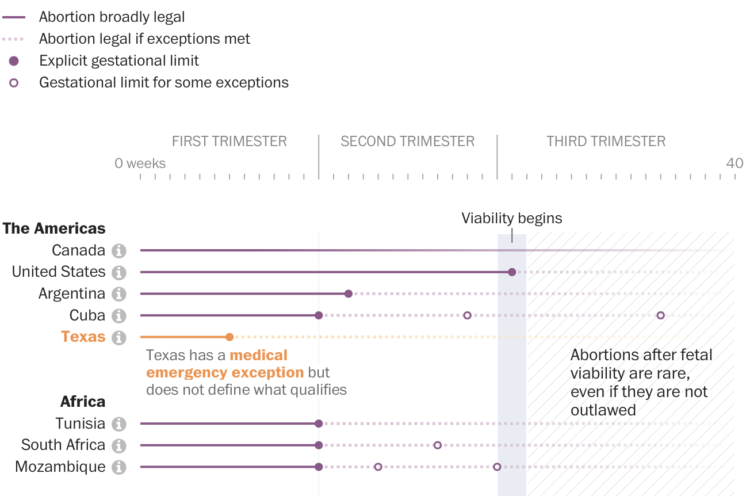 The Washington Post, in an effort that I’m sure took more energy and time than it looks, compared U.S. abortion laws against those in other countries:

In the last three decades, countries around the world have made it easier to legally get an abortion. In some parts of the United States, however, it’s gotten harder. Just this month, Mexico’s supreme court ruled to decriminalize the practice. Argentina’s Senate legalized abortion in December. Meanwhile, New Zealand, Thailand and Ireland have all taken steps to ease abortion restrictions in recent years.

Tags:
Share
Nathan Yau
http://flowingdata.com
Related news
A view from the Moon’s south pole 10 hours ago
How the 3-point line changed basketball 5 days ago
Comparing abortion limits in the U.S. against other countries 2 weeks ago
0 comments