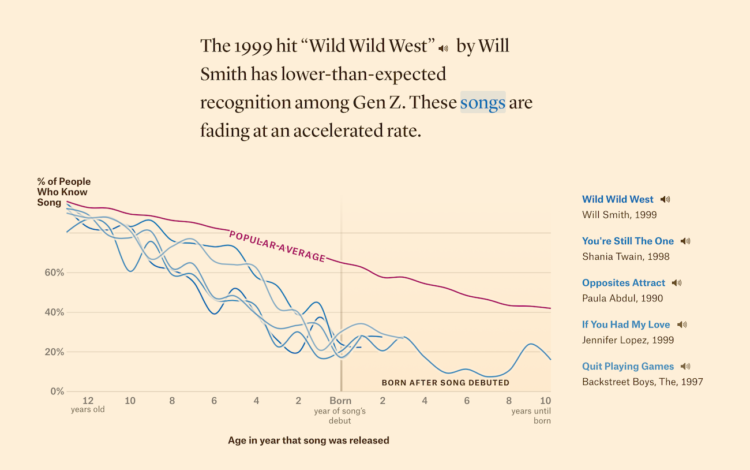 In search of songs that define music in the 1990s, Matt Daniels and Ilia Blinderman for The Pudding look for songs that that Gen Z still recognizes. Also, the songs that are mostly foreign to the younger generation:

In 1999, “Wild Wild West” was the song of the summer. Yet it is fading far faster than any other ’90s hit with comparable starting popularity. Twenty years ago, it was inescapable. Maybe Millennials are still too sick of it, even for nostalgia rotation. Perhaps it wasn’t even that great of a song to begin with, artificially inflated by Smith’s celebrity and cross-promotion with the film Wild Wild West.

The results are based on data gathered by The Pudding in an interactive survey.