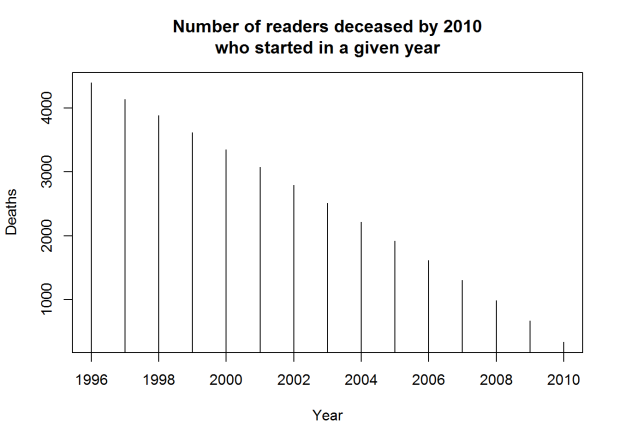 We know there are a lot of deaths in Game of Thrones, but how does this related to real life? As fans eagerly wait for the next book in the series by George R. R. Martin, many won't live long enough to see it published. Statistics PhD student Jerzy Wieczorek dives into reader demographics and actuarial tables to estimate how many people died before the show even aired.

So it looks like almost 40,000 veteran readers didn't survive even until ADWD was published or the HBO show aired. This is on the order of 100 times the number of characters who've died, whether in the show or in the books.

And some advice for those still with us:

Let's not worry about which characters will die; let's not hurry Martin as he writes. Let us just savor our time on Earth before we make the same journey ourselves. After all, valar morghulis.