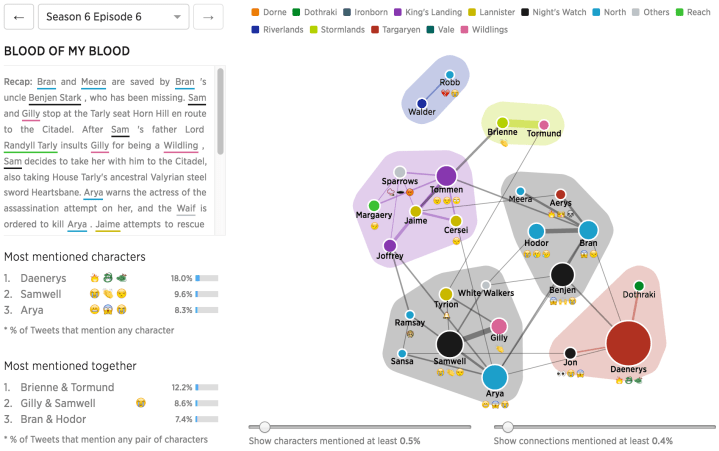 I hear there’s some show called “Game of Thrones” that’s kind of popular these days. Twitter visualized how every episode was discussed, counting the character connections, the emojis used, and the changes over time.