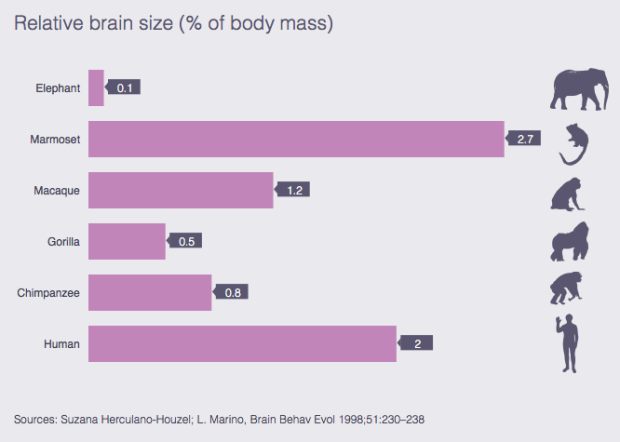 Mosaic provides a simple comparison of brain size in a handful of animals so that you can compare to the average human. Select among several measures such as actual weigh, percent of body mass, or number of neurons. These measures don't seem to say much about smarts.

Absolute brain size clearly isn't what really matters, otherwise people would be cognitive pygmies compared to whales and elephants. But brain size relative to body size doesn't seem to be a particularly informative measure either. Marmosets — diminutive monkeys that are not thought to be among the brightest of primates — have brains that tip the scales at around 2.7 per cent of body mass, easily beating our own 2.0 per cent.

However, there are measurements that seem to matter.