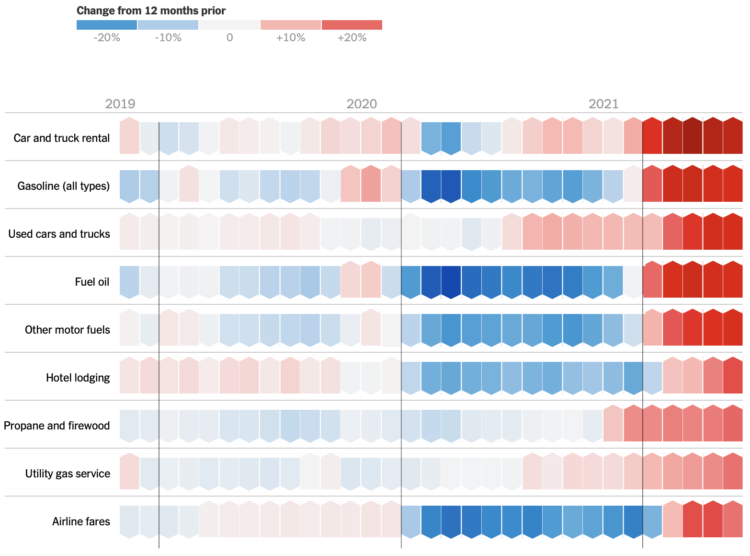 For NYT Opinion, Josh Bivens and Stuart A. Thompson argue that you don’t need to panic about inflation:

It may surprise many Americans that even during times of strong growth and very low inflation (like the late 1990s) or weak growth and low inflation (like the years following the Great Recession), more than half of all goods and services are usually experiencing price increases. In part, this is because it is awfully hard for employers to cut nominal wages, even in a recession. And economists see some mild, steady economy-wide inflation as a sign of a healthy economy. The Fed, for instance, actively targets an average overall inflation level of 2 percent per year.

I like the mini visual cues in the body text so that you don’t have to scroll or refer back to the full chart to see what they’re talking about.