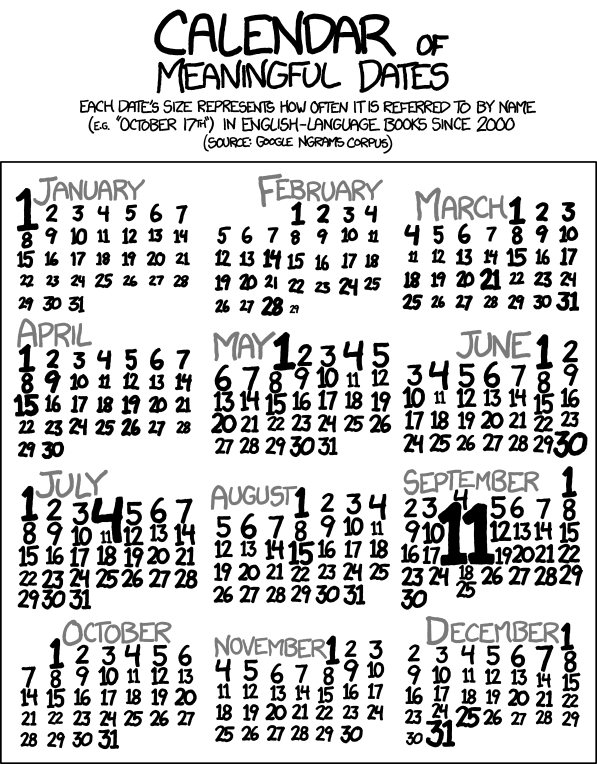 David Hagan looked closer at why the 11th of the month appeared to be missing in books. As with many modern curiosities, it began with an xkcd comic.

First I confirmed that the 11th is actually interesting. There are 31 days and one of them has to be smallest. Maybe the 11th isn’t an outlier; it’s just on the smaller end and our eyes are picking up on a pattern that doesn’t exist. To confirm this is real, I compared actual numbers, not text size. The Ngrams database returns the total number times a phrase is mentioned in a given year normalized by the total number of books published that year. The database only goes up to the year 2008, so it is presumably unchanged from when Randall queried it in 2012.