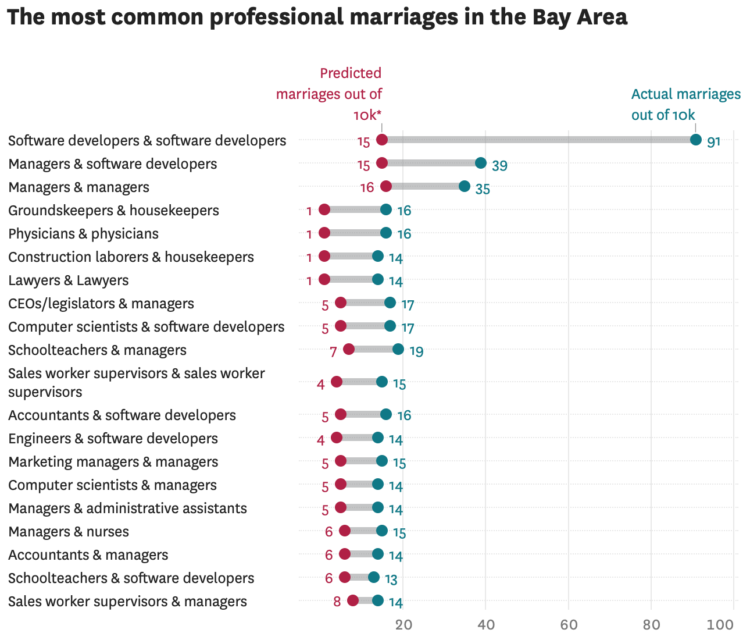 Susie Neilson for the San Francisco Chronicle compared the marriage of professions in San Francisco against the national average. As you might expect, there were a lot of programmers:

Perhaps unsurprisingly, the most common union between two professionals here is between a computer programmer and … another computer programmer. Our estimates show that an estimated 1% of all marriages in the region are between two software developers — specifically developers of applications and systems software. For the U.S. overall, software developer unions make up less than one-tenth of a percent of all marriages.

Back in 2017, I made similar comparisons nationally. I like this local angle. Also, maybe I should look at the most recent numbers.