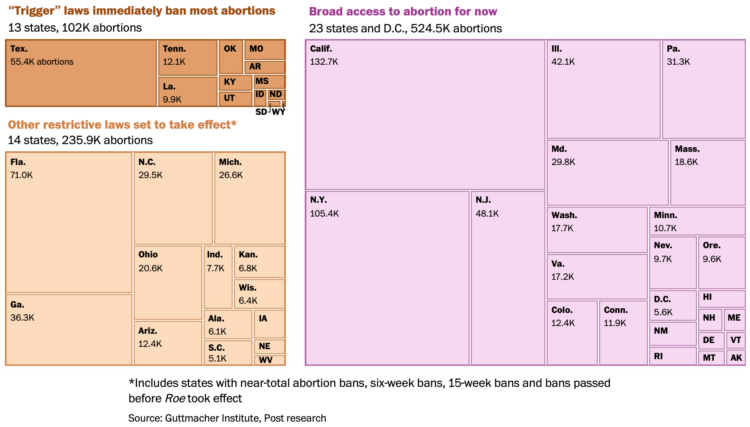 The Washington Post has a set of charts showing the current status of abortion in the United States. The treemap above shows counts by state in 2017, based on estimates from the Guttmacher Institute.

Twelve percent took place in states that have trigger bans, laws passed that would immediately outlaw most abortions in the first and second trimesters if Roe were overturned. (Those states are already some of the most restrictive.) And 27 percent occurred in states that plan to enact other new restrictions.

Tags:
Share
Nathan Yau
http://flowingdata.com
Related news
F1 Racing results plotted as lightning 7 days ago
Number of abortions in each state, by restriction status 2 weeks ago
Map of clinics at risk of closure 2 weeks ago
0 comments