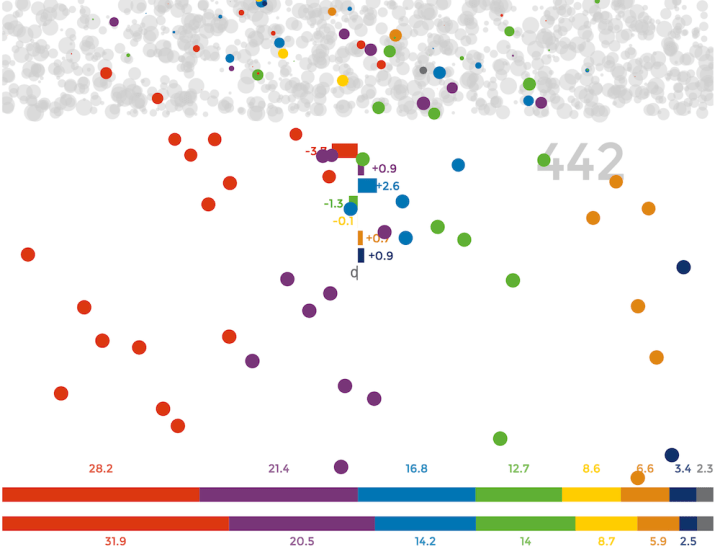 With election season in full swing, as far as the news is concerned at least, we get to see poll after poll in the beginning of a voting day and then reports the next day about which ones were wrong. Based on the news alone, it feels like almost every poll is just plain wrong. Maarten Lambrechts shows what’s going on here with Rock ‘n Poll. It simulates a poll and then multiple polls, showing how small differences in the numbers can seem like a lot once the voting results come in.